Should we be worried about blue light?

Few people today escape the intense exposure to blue light. And for good reason, this one is emitted by the LEDs in our myriad of screens and our lighting systems. Is blue light harmful to our eyes? How do we reduce its impact on our health? Here are some answers.

What is blue light?

Blue light is part of the visible spectrum in natural light, which contains all the colors we know and ranges from purple to red (the colors of the rainbow). There is also a "non-visible" light, invisible to our eyes, which includes ultraviolet and infrared light.

The components of the visible spectrum have a direct impact on our health: they affect our internal temperature, regulate our hormonal production as well as our biological clock, and directly influence our sleep cycle and our mood.

Blue light, the one that concerns us, has a wavelength between 380 and 500 nanometers. It is the light that has the greatest coefficient of dispersion and is the cause of the glare phenomenon.

Blue light comprises blue-turquoise light, harmless, and blue-violet light, a "very energetic" light that can easily reach the retina and, in case of over-exposure, is likely to damage it.

Blue light is present in natural and artificial light. It is especially emitted by LEDs (light-emitting diodes), present in most of our screens and in our modern lighting systems. The problem: compared to natural light, LEDs emit far more harmful blue light rays, up to 100 times more for some models.

What are the dangers of blue light for our health?

Since 2005 studies have increased on the subject. In 2017, INSERM released a shocking (and controversial) study, highlighting the dangers of prolonged exposure to blue light for our health. This harmful exposure may also lead to age-related macular degeneration (AMD), which is believed to have a role in the onset of cataracts.

Due to the use of our screens and our modern lighting, our professional and personal environments over-expose us to the emission of intensive blue light rays (we must highlight that our eyes have no protection against these waves). Prolonged exposure to blue light is the cause of a photochemical reaction (oxidative stress) that can damage the cells of the retina, including the photoreceptors.

According to the researchers, most of the damages are reversible. They emphasize, however, that just like for the skin with the UV, we also have to protect our eyesight. Therefore, the risk must be considered, especially for workers that regularly use computers.

Finally, the perception of blue light also has a direct impact on the sleep-wake cycle (circadian rhythm). As a matter of fact, exposure to light and especially blue light, inhibits the production of melatonin, the sleep hormone. Exposure to blue light can affect our biological clock, disrupt our sleep and affect our mood and concentration.

How to protect yourself from blue light?

Faced with scientific studies that are increasing and a greater awareness of the risks, some manufacturers, mostly of screens, have taken advantage of the problem by offering products that limit their blue light emittance, creating a big marketing strategy around it.

For some specialists, it is not the harmfulness of the blue light rays that pose a risk, as much as the exposure time. In fact, between computers, smartphones and television, French people spent an average of 6 hours in front of a screen.

For those whose professional activity is directly related to working with screens, there are some solutions to limit the risks:

Digital apps that make it possible for you to adjust the brightness and the color temperature of your screen. This is the case of the software F.lux, which will limit the harmful blue light emissions. (software website)

Appropriate glasses, with and without corrections, can also filter blue light rays. Thanks to the addition of a neutralizing orange filter or a specific glass treatment.

These solutions change your perception of colors and require a little time to get used to them. As always, when working with screen, it is recommended to take regular breaks and look away to rest your eyes.

As far as LED lighting is concerned, ANSES recommends limiting its use in public places and in professional settings (especially those that accommodate young people whose eyes are much more fragile than those of adults). The agency also recommends choosing lamp models equipped with reflectors that diffuse the light and not to rigidly set the light source.

Faced with pressure from the scientific community and consumer associations, it is very likely that new standards will emerge to oversee the sale of products containing LEDs that emit blue light, warnings specifying the harmfulness and conditions of optimal and regulated use of the products: safe zones away from the light source, frequency of use, risks for young users… 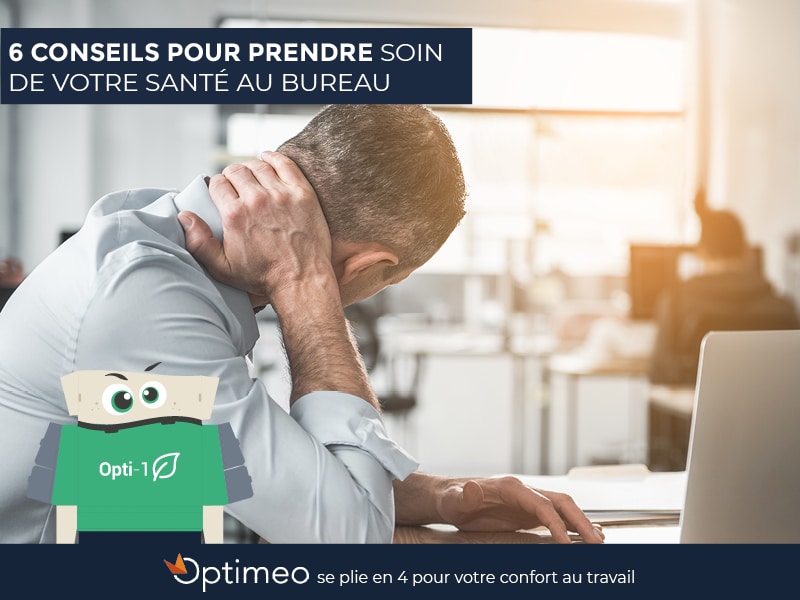